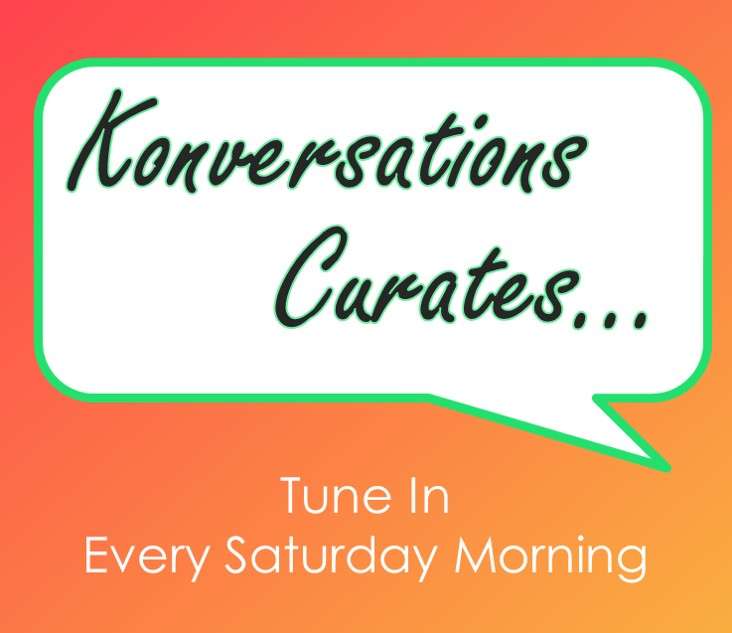 Every Saturday morning, Konversations brings to you a list of 5 great content pieces curated by our team from around the web.

This Saturday (Week 2) is curated by Upasna Doshi. Enjoy the weekend, folks!

1. "In fact, in the years that I gathered data, only one experience came close to being the perfect one. That is, of course, sex. Great sex. Respondents said that great sex hits all of the five senses at an extreme level." #justsaying

Not us. It's Jinsop Lee, Industrial Designer. And he's trying to answer the million dollar question: Why is sex so damn good? Check out his TED Talk- 'Design for all 5 senses'.

Did you just break out into a smile? Or feel all bubbly and warm? Now watch this! Notice how each person reacts when they're told they are beautiful- even the guys! When you appreciate someone, you're joining in creating a more connected world!

3. Us Indians don't do Halloween. But we are pretty spooked about some things. Like demonetization, Pakistan winning a cricket match against us, public transport, ourselves... :P But seriously, have you thought of what you fear and why? That's what this video is about!

4. When Gary speaks, listen you must. Period. Because Gary speaks sense. A little perspective?

Fresh out of college Gary Vaneychuk took his family wine business and grew it from a $3M to a $60M business in just five years. Now he runs VaynerMedia, one of the world's hottest digital agencies. Along the way he became a prolific angel investor and venture capitalist, investing in companies like Facebook, Twitter, Tumblr, Uber, and Birchbox before eventually co-founding VaynerRSE, a $25M angel fund.

+ He has the most amazing strategies on growing your followers/ consumers/ business, earning money or just, generally living life. This keynote address he presented at The Inbound 2016 Conference in Boston, in well, 2016, is all about the world we live in today! It's a bit long, this keynote. But it's awesome enough that you won't be able to stop watching.

P.S.: Gary loves using expletives. But according to him they're just fu****g words! So... yeah.

5. You see a man with a gun firing at someone. That someone is shouting for help. What do you think? Probably that one of them is a psychotic mass murderer and the other a poor man in trouble for no reason. But wait. There's one more piece of crucial information we're missing. The man with the gun, you see is dressed in a police man's garb. Did your perspective just change? The man you thought was crazy, now becomes a hero. The poor man in trouble? He's now the criminal!

Reality is what you see. So why do we see the way we do? And can we see a different reality if we change our thought patterns? There are some amazing books that tell you how you can rewire yourself on the inside to live in different, more powerful and satisfying realities. This article by 'The Mission' brings you a list of such books!

Sign Up To Get Free 200 Kredits
START LEARNING
How To Crack The Finance Internship Interview
Instructor
Madhur Agrawal & Konversations Pro Team
Release Date:
19 July 2017
This unique prep course will help you bag your dream finance internship by giving you conceptual clarity, insightful case studies and a view of what interviewers look for.

Sign Up To Get Free 200 Kredits
START LEARNING
How To Crack The Operations Internship Interview
Instructor
Abishake Koul & Konversations Pro Team
Release Date:
19 July 2017
Interested in Operations & Supply Chain, and planning to apply for an Internship in that domain? This course is for you! Face that Internship Interview with complete confidence.