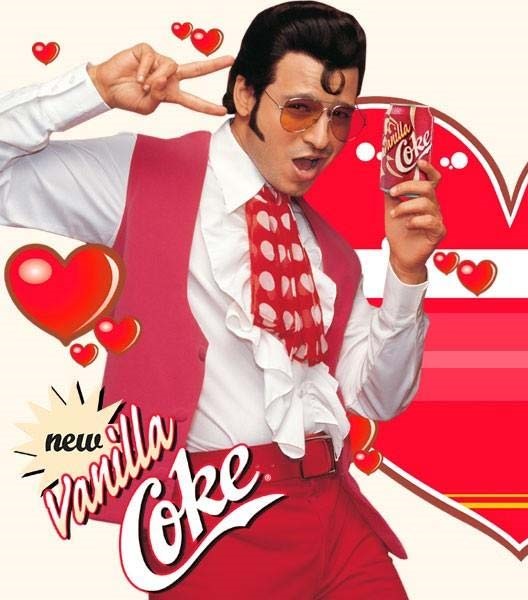 Remember Vanilla Coke from the early 2000s? Did you, like me, immediately think of Vivek Oberoi in a flashy disco-era outfit exclaiming “Wakaw!”

The awful ad was not the only bust of the Vanilla Coke launch. The product itself performed poorly and was soon pulled from markets worldwide.

It’s not like Coca-Cola went into this launch blind; no FMCG company of this size would do that. Blind tests done before the launch were positive. Consumers recalled the taste of “ice-cream float” which was quite popular. However, the market research did not completely work. Marketing analysts since have pointed to a number of reasons, some of which are:

-The taste, which was the true differentiator, also didn’t work in the actual market conditions. Comparisons to regular coke were made often, and some also felt it tasted like a kids’ product because of the flavour.

I think it boils down to this – Soft drink brand extensions seem to last only as a fad (or bomb immediately) and never match the original product. Think: Pepsi Blue, New Coke, Fanta Green Apple etc. There is a something in the original product, call it the X Factor, and that’s what leads to the addict-ability. All other extensions, even Diet Coke, Diet Pepsi, Coke Zero, etc. will always be compared and fall short. There’s an underlying market trend here which defeats the taste tests.