How I Pursued My Passion For Film-Making 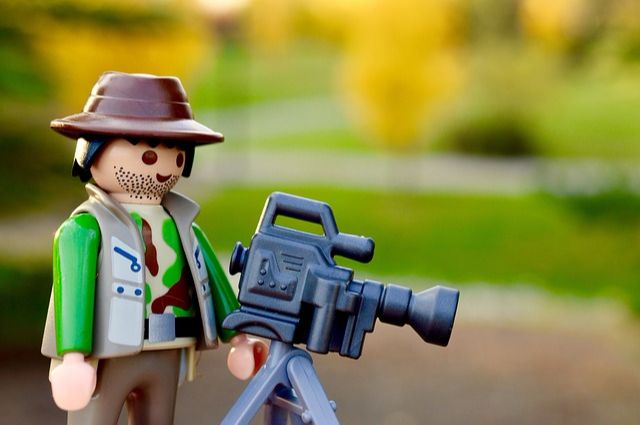 This is the first post under series Life after Engineering

It was in the second year of engineering that I, along with two of my best friends, discovered our passion for filmmaking, one that we'd continue after we graduated.

I had always been a storyteller. My years in school were filled with contributions for our school magazine in the form of numerous short stories, and I was often accoladed likewise. Safe to say, I carried that trait with me to my college. In my second year itself, I was interning with various online startups as their content creator. The pay didn't matter much, it was the experience that did.

Soon after, I started writing scripts for my college's drama society, where I met the two like-minded people. Shrayash was the cinematographer/photographer (we didn't know the difference back then) for our drama club. A genius with a camera, he was responsible for shooting promotional videos for each of our upcoming plays. He also served as the director. Suwesh was the lead actor in most of the plays. A mechanical engineer, he was incredibly expressive.

Our passion for the field brought us close and we soon started hanging out at the drama club office. We would share ideas with each other, and lament how the club wasn't sufficiently large to carry them out. Apart from that, we also shared the conviction to improve the condition of education in localities around our college. We were passionate about it but were limited by constraints of academics and examinations.

However, our resolve was strong enough to survive the four years of engineering. After our graduation day, we laid out our plans to make it big in an area we loved. It was hard convincing our parents. We were intelligent students and totally worthy of landing good jobs. Being from middle-class, our parents had their concerns. But we made it very clear that this is what we were going to do.

Our rented basic 2 BHK apartment (the same where we lived while in college) became our office. We were madly & blindly wedded to our cause and believed that it can be highlighted via the film/television medium.

We were working on a really tight budget (actually, more like no budget!). We were amateurs and it was silly to hope for funding by any production company, so we worked our way around the problem. I had money saved up from my internships, and I continued working as a content creator as well, in parallel. Shrayash took up working as a web developer from home, also providing data security services to companies. Suwesh found an odd job in a nearby mechanic shop. For engineers, our conditions were shady, but as a team, we were on cloud 9.

We were young, confident and enthusiastic. We would spend nights awake, laying down a plan. We'd work during days, and in evenings, take a walk around the schools in our localities, deciding upon plans for the shoot.We'd also approach schools with our intentions to document their situation. The encouragement we received from them was what kept us going.

Soon our first video released. Our first collective venture. Although it was mostly Suwesh visiting some schools, highlighting their plight, and interacting with students as per a script authored by me, nothing matched the feeling of joy we experienced as our names rolled up in credits at the end of our video. It was uploaded to youtube with a dream of it crossing millions of views next day itself (we were silly back then!).

The first video got decent views. Few videos in, we were recognized by some production houses who wanted us to shoot advertisements for them. Soon our primary source of income became scripting, shooting, and directing advertisements.

We still live together and are still dedicated to the cause we started with. Our earnings are sufficient, and the feeling of contentment we experience every night is unmatchable.

I won't dissuade you from pursuing your dreams nor will I encourage you to pursue it without first knowing why you want to be a filmmaker. However, if you are into filmmaking for any of the below-listed reasons, in my opinion, you will end up miserable:

Filmmaking requires patience to undergo years of rigorous training with little or no pay. If you are lucky enough or have contacts, maybe you will get to work under a director. But don't count on it, and unless you come from a loaded family, the journey to becoming a filmmaker means lots of hardship & sometimes even poverty.

But if you are passionate enough, you will realize, as we did, that it will all be worth it.